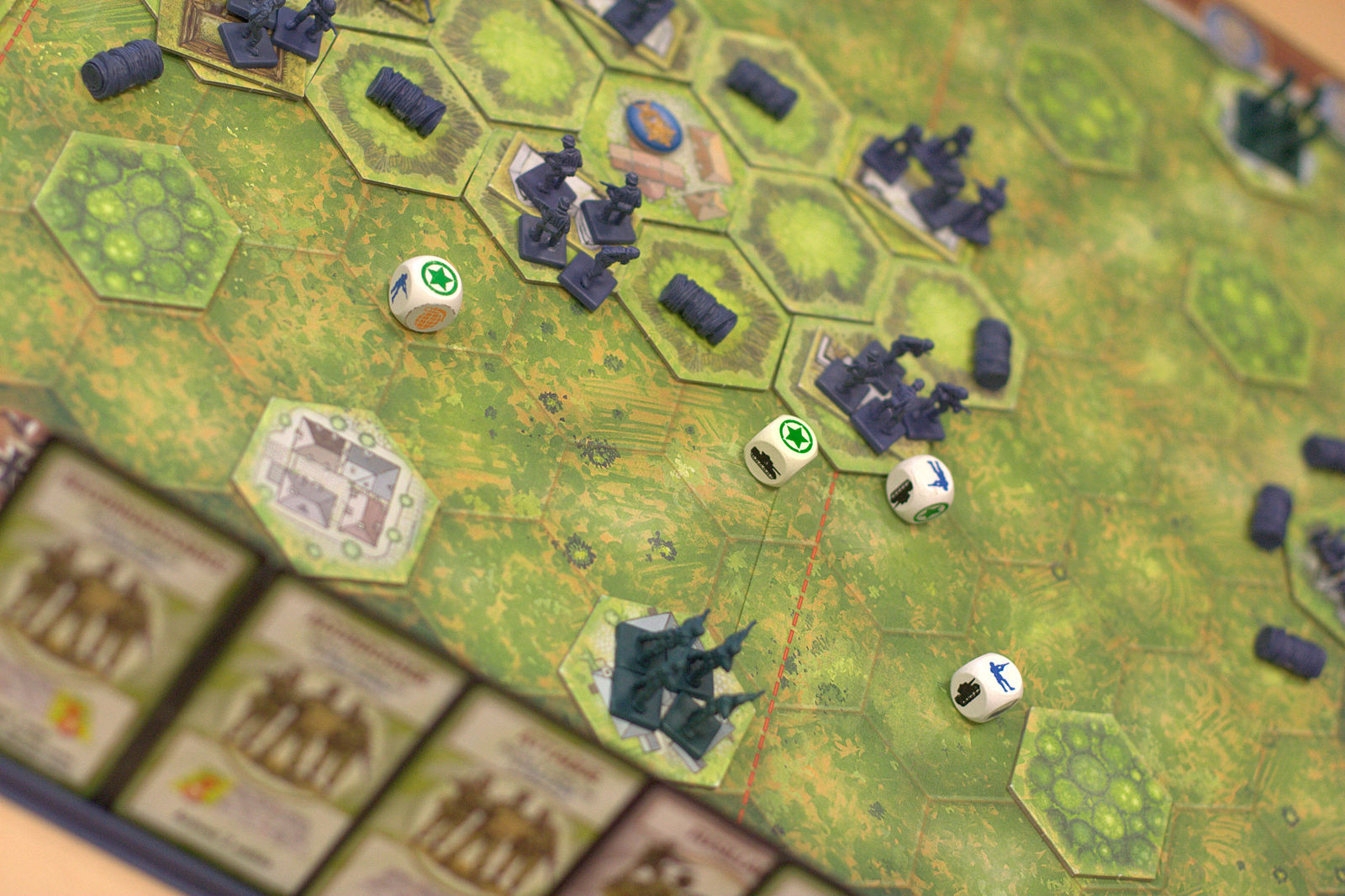 Memoir ‘44, released to mark the 60th anniversary of D-Day in 2004, is a strategy board game with deceptively simple movement and combat rules. It comes with just three general types of combat units (infantry, tanks, and artillery) to represent the armed might of the Axis and Allies. But it’s the way that these simple units and rules combine with a diverse deck of command and tactic cards and special battle dice that gives Memoir ‘44 its real heft as both a game and a potential learning tool for homeschoolers, gifted learners, and history buffs. 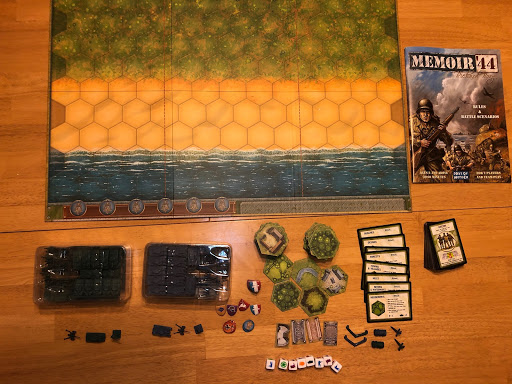 In the base game package, you get everything in the image above: Full manual with 16+ scenarios, double-sided map board, US and German army packs, unit symbols and obstacles for both armies, terrain tiles, quick reference cards, battle dice and a deck of combat and tactics cards.

Here are individual examples of the infantry, tanks, and artillery pieces included in the package. Note that the armaments are appropriate to the US and German forces in WW2 (even though, in a scenario, a US tank may be representing a British armored unit).

While also fun and engaging, the game mechanics are incredibly suited to teaching about combat and strategic situations facing the Axis and Allies in the latter stages of World War 2. Which is why I will be using it in an online workshop beginning with the summer 2018 session. (Note, the game is sold separately from the 6-webinar class.)

What value could there possibly be in pushing tiny tanks and infantry around a game board, you might wonder? Isn’t this just going to make playing the scenarios ‘boring’ if students have to think about the little details of combat?

Well, allow me to lay out some pros right off the bat.

And that’s before you even play a game. Once in a scenario, Memoir ‘44 provides additional opportunities for hands-on learning and excitement.

In other words, taken all together, you get situations where an Allied beach assault is repulsed, Paris is not liberated or the Battle of the Bulge succeeds.

One last great aspect of Memoir ‘44 as a game AND learning tool is that it tasks both players with approaching the scenario as each antagonist and measuring the outcomes against each other. Did the historical victor emerge properly for both players in a scenario when they attempted that side? Well, which player emerged with a more convincing victory? That player is the one who will bask in overall victory. This takes some of the sting, potentially, out of getting a bad hand of command and tactics cards or the dice going cold. Both players will switch sides and go again, leaving the player who lost the last fight to seek sweet, sweet revenge.

And speaking of those scenarios, they span five different battles on D-Day all the way to the piercing of Germany by Allied troops. There’s a huge variety of gameplay available across the various scenarios. Just as an example, one battle may ask you to drop allied figures from a certain height to constitute additional paratrooper positions in an infantry v. infantry close assault. A later scenario may be dominated by tanks and artillery. Every scenario plays differently and that matters. Every battle was different, after all. 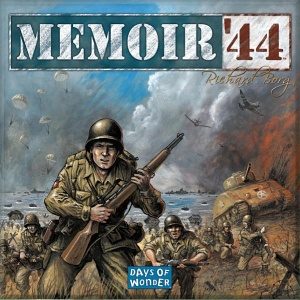 Memoir ‘44 is a GREAT value. First off, there’s easily twenty hours of gameplay in the initial box, even if you only play a given scenario from each side once. We’ve often replayed a scenario multiple times where dice or command cards seemed to really tip the balance on a fight just to see if we could win with better luck. Additionally, if you like the base game, there are a large number of expansion packs that re-release periodically and add additional equipment (e.g. anti-tank rifles), additional armies (the British!), additional terrain, additional scenarios and theaters of war, and a whole lot more. Whether your student joins us for a workshop, or you choose to play and discuss as part of your homeschooling education there is a ton of fun and learning to be had with Memoir ‘44.