Jaime Smith has been teaching English to children and adults since 1997, when she began teaching 5th and 6th grade Language Arts at The Harker School in San Jose after earning a B.A. in Linguistics from U.C. Berkeley. Since then, Jaime has earned an M.A. TESOL (Teaching English to Speakers of Other Languages) and an M.S. Education with an emphasis in online teaching and learning. She has taught for institutions such as San Jose State University, Cal State East Bay, Englishtown.com, and the Art Institute Online, and has trained teachers both locally and internationally.  While attending a recent conference for California English teachers, Jaime gave a presentation on the use of social networking and web 2.0 technology in education, and she is thrilled to be able to apply those ideas and more to G3 courses. A lifelong learner, Jaime is now studying to earn a college counseling certificate at U.C. San Diego that will help her guide G3 students to their next educational adventure. Jaime is proud to be listed on the 2014 SENG Honor Roll of Outstanding Educators.

At OnlineG3.com, Jaime is known to her students as Headmistress Guinevere.  She teaches language and literature classes at G3. She is also the President and CEO of Online G3, Inc.

Ben Smith has been hiding from all adult responsibility since 1999, when he joined Electronic Arts as a Customer Support Representative.  Unfortunately, while lying low in Redwood City Ben stumbled into a real career, eventually spending 9 years guiding externally produced games to market within the EA Partners team.  In 2014, Ben decided it was time to join Guinevere at OnlineG3 and left the corporate world. All that video game stuff has, after all, been a real departure from Ben’s scholarly training at U.C, Berkeley, where he had earned a Bachelor’s degree in Molecular and Cell Biology (Genetics emphasis) and a Minor in Education, while just narrowly missing a double major in History by a single course.  After a 15-year hiatus from education, Ben is delighted to now be the principal history and science teacher at Online G3, continuing to expand our multidisciplinary offerings. For the last couple of years, beyond adding gamification to Online G3 programs, Ben has been exploring and implementing tabletop games into new and exciting offerings.

At OnlineG3.com, Ben is known to his students as Headmaster Galahad.  He teaches history, science, and business classes at G3. He is also the Vice President and COO of Online G3, Inc.

Tara Johnson has a passion for learning, and for facilitating learning for others. She has been involved with gifted education since she was a child, and has re-immersed herself throughout the educational journeys of her three children, who now range in age from mid-teens to early 30s. She has taught writing and editing at the college level, and has taught preschool as well. She worked in public relations and advertising, first for a major food company, and later for an advertising agency, as well as running a freelance business, writing for clients that ranged from non-profits to pet food companies. She has a BA in English from the University of Puget Sound and completed graduate work in Rhetoric/Composition at The Ohio State University.

At OnlineG3.com, Tara is known to the students as Iris, messenger of the gods. She joined G3 in 2015 to help facilitate communication and all the behind-the-scenes processes that are needed to run a vibrant, online learning community. She also teaches writing to students who take our optional supplements in literature and history.

Sarah Butler found her passion for writing during her undergraduate years at the University of Detroit, where she graduated with a B. A. in English while also tutoring in English, philosophy, math, biology, and chemistry. During her internships in the communications departments of local hospitals, she found she had a love for science and specifically medicine as well. She then earned her M.S. at the University of Detroit Mercy and was certified as a Physician Assistant. She’s been practicing in Family Practice ever since, albeit on a very part-time basis for the past decade. Parenting and homeschooling returned her to writing, and she started crafting essays about her experiences, sorting thoughts as she wrote. In 2012, she started coaching young, gifted writers as well as graduate students desiring to hone their skills. Today, she writes for pleasure and publication, learning from her students as she encourages their writing efforts. Sarah is thrilled to join Online G3 as a writing coach.


At OnlineG3.com, Sarah is known to her students as Coach Cordelia.  She teaches writing classes and coaches individual writing students at G3.

Noel Jett was awarded a Ph.D. in Gifted and Talented Education in December 2018 from the University of North Texas, which houses one of the leading doctoral programs in gifted education and research in the nation.  Noel was identified as a Davidson Young Scholar at the age of 8 and began taking classes at Online G3 as a member of the first G3 student cohort. She greatly enjoyed her time at G3 and went on to earn a B.S. in Psychology from Texas A&M University, which she completed when she was 16.  She was accepted into a Ph.D. program the next semester, and completed the degree in three and a half years. Noel also doubles as a professional musician and has spoken for various organizations, including the Texas Association for the Gifted and Talented and the National Association for Gifted Children. Noel is currently a Master’s student at the Texas Tech University Health Sciences Center, obtaining a degree in Clinical Mental Health Counseling. In her limited spare time, she enjoys collecting fine art, cooking, and exercising.

At OnlineG3.com, Noel is known to her students as Counselor Cat. She teaches psychology classes at G3.

Shaun Strohmer holds a PhD in English Literature from the University of Michigan and has taught literature and composition at the University of Michigan, Ann Arbor, and Normandale Community College, Edina, Minnesota. Shaun worked for 20 years as a researcher, writer, editorial consultant, and project manager for the award-winning series Literature Criticism and For Students, published by Gale. As a freelance writer, she has also written tweets for technology firms, user manuals for a Fortune 15 company, newspaper articles, academic research essays, blog posts, and individualized curriculum, among other things. Shaun has homeschooled her gifted children for ten years and has served on the boards of several local and statewide homeschooling and gifted parenting organizations. She loves talking about the history of ideas and the way we make words mean something.


At OnlineG3.com, Shaun is known to her students as Dame Dashwood.  She teaches advanced literature and writing at G3.

The idea of Guinevere’s Gifted Group was born in 2008, when Jaime Smith began teaching a writing class for her daughter’s homeschool co-op.  She chose to use a little-known program from Prufrock Press called King Arthur’s Academy.  The children quickly took to the fanciful plots and imagined themselves as students in a magical boarding school, with Headmistress Guinevere as their instructor.  The live co-op then evolved into an online literature group, and now into Online G3. 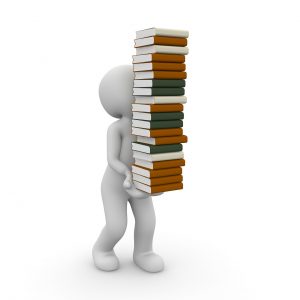