Learning About Presidential Debates Through Play

Tonight is the first presidential debate of the 2020 campaign. Did you know that the very first televised presidential debate in history took place in 1960, between Richard Nixon and John F. Kennedy? It did, and further, it may have had an out-sized impact on the outcome of the race, even though neither candidate performed poorly in the content of the debate. How could that be?

This is a question that learners can dive into in our new standalone class about presidential elections using the fantastic 2-player game, 1960: The Making of the President (published by GMT and recently reprinted in time for the 2020 election).

In 1960, the players wage a territorial control game over the states and their electoral college votes. Through most of the game, each player is doing this by using action points granted by cards to campaign and spread their influence (or negate their opponent’s) over the electorate. Towards the end of the game, the players step into the televised limelight, though, to debate over the three key issues of the day: national defense, civil rights, and the economy. In doing so, both players duel with cards that they’ve set aside for this purpose, trying to guess what the other player will emphasize and counter it with their own play. It’s a brilliant mini-game that requires the player to have planned ahead during the campaign, and the outcome can swing the election completely towards one player or the other, if they play their cards right.

But…history also can take a hand in the outcome. As mentioned, in 1960, presidential debates on television were a completely new thing. The Nixon campaign had faced several unfortunate mishaps in the campaign leading up to the debates. First and foremost, Nixon’s campaign had been briefly derailed by an injury to his knee that ended up infected, resulting in his hospitalization (see this source). Nixon showed up to the debate not entirely recovered from the injury. This, combined with a subsequent bout with the flu, left him drained. Further, Nixon didn’t help himself by passing up professional television make-up application. The results were…less than great for Richard Nixon. 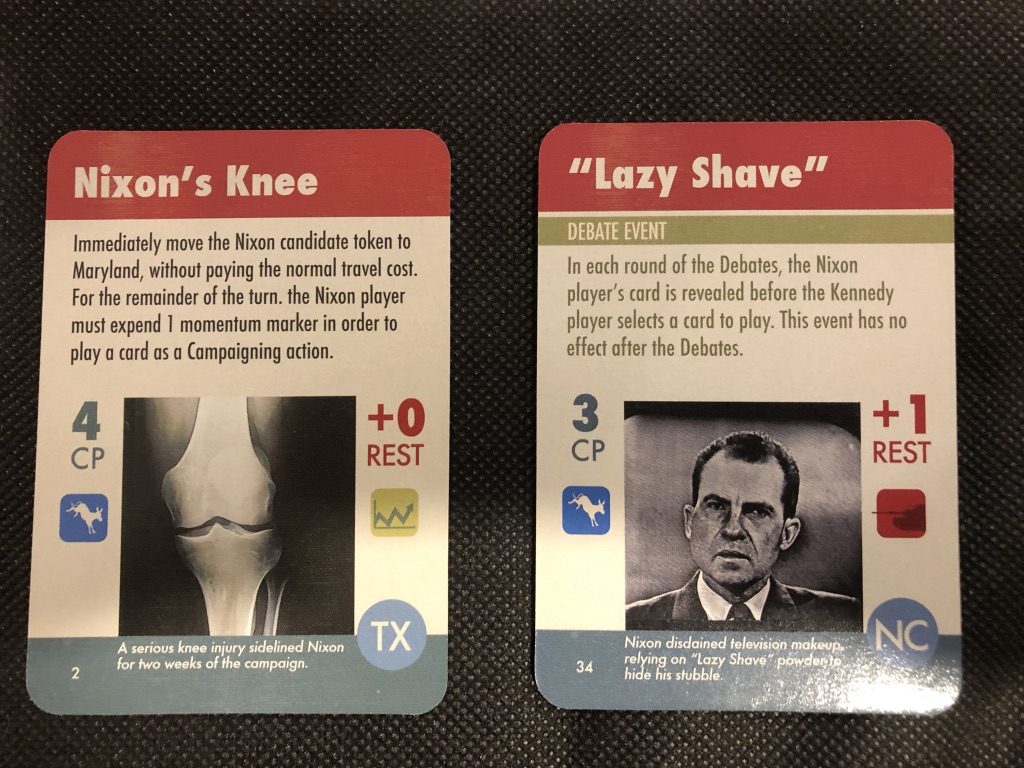 As the History channel source linked above notes, “while most radio listeners called the first debate a draw or pronounced Nixon the victor, the senator from Massachusetts won over the 70 million television viewers by a broad margin.”

So, could there be the “Lazy Shave” incident in tonight’s presidential debate? Or will one of the two candidates commit a gaffe (see below)? Want to tune in and find out?

You can find a handy guide on where to watch tonight’s debate here: https://www.wired.com/story/how-to-watch-the-first-2020-presidential-debate/. 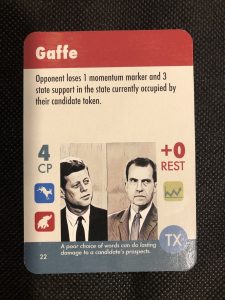 As you can see, Richard Nixon could be quite shifty-looking compared to JFK.

Interested in knowing more about the 1960 election? We unreservedly recommend the game. Know a young board game fanatic interested in learning about presidential elections, the electoral college, nominating conventions, debates, and a whole lot more? Our self-paced class, Learn About…Presidential Elections with 1960: The Making of the President is a great way to learn and explore through play.